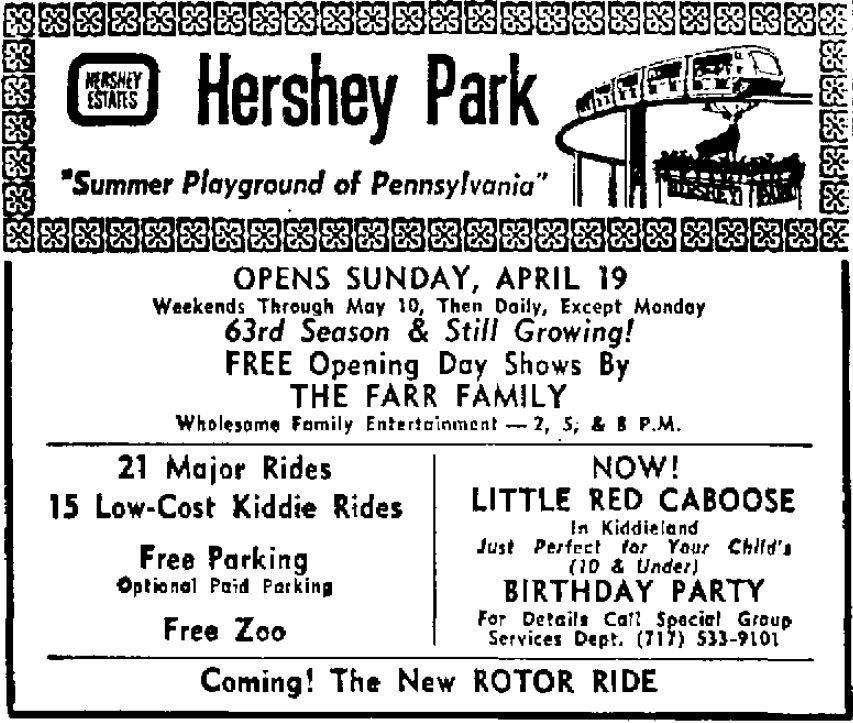 Okay, so I’m only kidding on that. I actually started the Hersheypark History Group on February 29, 2012. It’s really four years old, but this is the first time we could acknowledge the anniversary on the actual date.

This image was the first image I posted to the Hersheypark History Group when I made this group on February 29, 2012. This is an advertisement that appeared in The Patriot-News in April 1970.